This small but mighty group of people brings the educational focus to the camp through their morning classes. 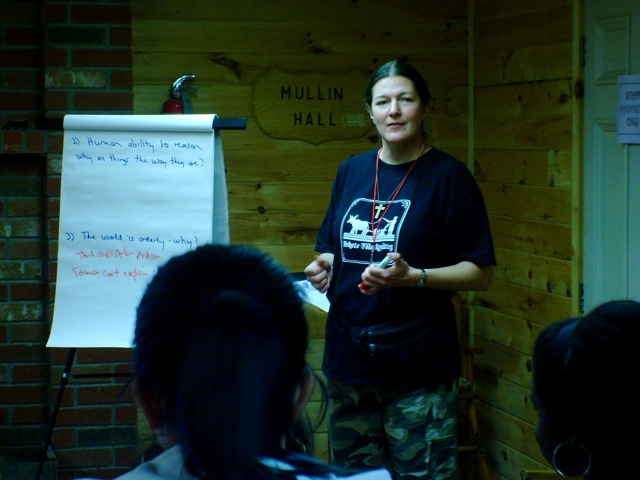 Diana Verseghy – director, registrar, teacher, “She Who Must Be Obeyed”

Diana started our Ontario incarnation of the St. Michael’s Youth Conference way back in 1996, and hasn’t missed a year since. She teaches one of the morning courses, and handles most of the booking, scheduling, and publicity prior to and during the camp. Until the beginning of 2017, she worked as a research scientist at Environment Canada, doing computer modelling of the global climate. She is married to a Hungarian banker, and they share a love of dance and good books. 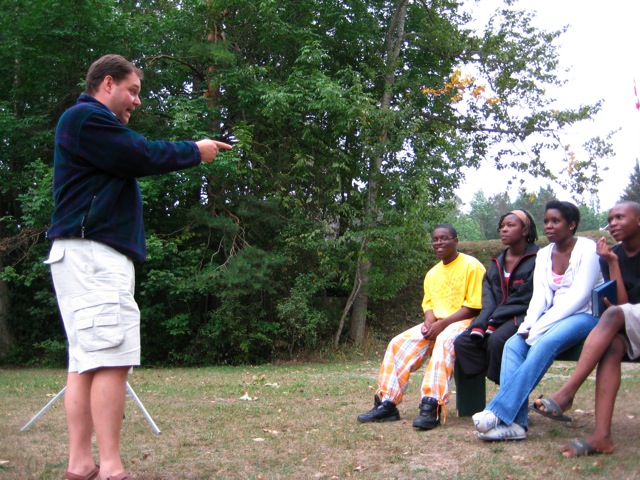 The Revd. Geoffrey Sangwine has been the incumbent at the Church of St. Simon the Apostle, Toronto, since 2016.  He previously served in the diocese at St. John’s, Norway, St. Clement’s, Eglinton and St. Joseph of Nazareth, Bramalea.  Fr. Geoffrey has taught at the St. Michael’s Conference almost every year since 1997. He says, “The St. Michael’s Conference is a great opportunity for growing in our faith, talking about the challenges of the Christian life, and having lots of fun!”

The Revd. Greg Carpenter began work in his current parish of St Jude, Wexford in Scarborough in May 2010.  In addition to his duties as Incumbent, he is also the Regional Dean for Scarborough and the Assistant Liturgical Officer for Bishop Patrick Yu.  Father Greg started as a teacher at the St Michael’s Conference in 2013 and is really encouraged by the level of engagement, shared wisdom, and fun the campers bring to this experience. 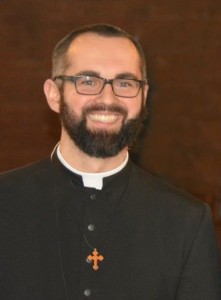 Fr. Chris Dow is Priest-in-Charge of St. James’ Church, Caledon East, in the Diocese of Toronto. He was ordained priest in 2013 in the Diocese of Saskatchewan, and served the parish of Birch Hills, Kinistino and Muskoday First Nation from 2013 to 2018. He holds an M.Div. from Wycliffe College, Toronto. Chris is married to Amy and together they have three daughters: Clara, Abigail and Hannah. 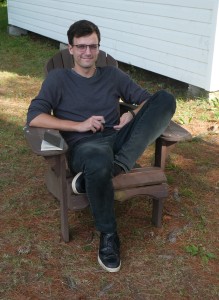 Louis is an M.Div student at Trinity College, University of Toronto. He teaches one of the morning courses at St. Mike’s, occasionally leads worship, and is in charge of lighting the camp bonfire. He attended the St. Michael’s Youth Conference in the Maritimes from his early childhood, as the child of a counselor through to his teens, and then joined our local team when he moved to Ontario. He affirms that the conference was a crucial part of his early formation, both as a Christian and as a young adult, and thoroughly believes that all teens stand to benefit from attending this week-long retreat.

St. Michael’s Youth Conference was founded to provide an environment where youth could grow in their faith, through teaching that is faithful to the Anglican tradition.
For more information, contact the
conference director, Diana Verseghy, at diana.verseghy@sympatico.ca